“I dream of a ‘missionary option’, that is, a missionary impulse capable of transforming everything, so that the Church’s customs, ways of doing things, times and schedules, language and structures can be suitably channeled for the evangelization of today’s world rather than for her self-preservation”

It is Pope Francis’ call for “a missionary impulse capable of transforming everything” and his request for the Society of Jesus to share the gift of discernment that inspired the founding of the Program for Discerning Leadership.

The purpose of the Program for Discerning Leadership is to build the capacity of senior Church leaders, including officials in Vatican Dicasteries, General Superiors of religious orders, bishops, and lay leaders, for this mission of discernment, reform, and renewal.

The Program is dedicated to serving senior Church leaders in the following ways:

Through courses and coaching, the Program will facilitate and support the participants in developing the attitudes, skills, and knowledge required to lead in a synodal manner, i.e., in a way of proceeding that is Spirit led, process oriented, collaborative, and co-creative.

We believe that Church leaders enabled and empowered to lead in this manner will over time transform the Church and enact the synodal ecclesial community that Pope Francis is calling for. We want a Church that is at the frontiers.

The teaching team consists of faculty from Jesuit Colleges and Universities and other qualified instructors.

Doctorate in Adult Learning and Leadership at Columbia University, Teachers College on the implications of adult developmental maturation for leadership capacity. Also serves as the Vice President for Mission Integration and Development at Le Moyne College in Syracuse, NY.

Has provided hundreds of workshops and retreats, as well as spiritual direction and supervision for spiritual directors. Co-founder of the leadership development program, Contemplative Leaders in Action, for young professionals. He presents workshops and retreats, consults on organizational change and mission integration projects, and facilitates leadership development both in the US and internationally (Africa, Europe). 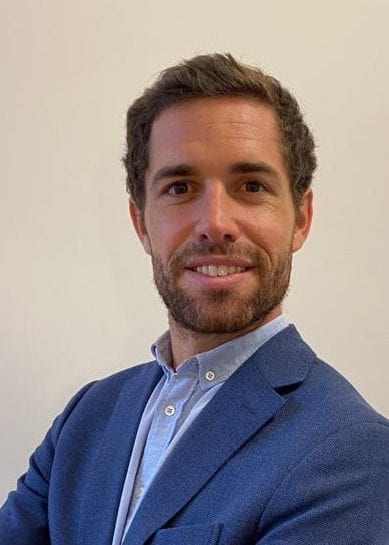 Pablo holds Masters in International Cooperation and Emancipatory Education, and in Civil Engineering. Has experience in Management, Entrepreneurship and Consulting in the non profit sector. His previous role was as Programs Manager for the Jesuit Refugee Service in Burundi and Tanzania.

He currently serves as the Program Manager in Discerning Leadership, where he combines strategic and operational work, with facilitation in formation and consulting services for leaders.

Sandra is an ICF Certified Leadership Coach and a learning programs designer and facilitator. Holds a B.A in Economics and a Masters in Financial Economics. After five years in business consulting, she moved to leadership work and capacity building and has accompanied groups and religious congregations in Lebanon, Syria and Europe.

Since 2015, she collaborates with the Society of Jesus at local and international levels on developing programs to promote Discernment, Apostolic Planning, and Leadership in an Ignatian way of proceeding as well as facilitating processes of discernment in common. Her expertise lies in holding spaces of listening and discernment and cultivating conversations and connections that support development and growth.

Member of the Discerning Leadership (DL) team in Rome and serves as the Director of the DL International Accompaniment network.

Sr Pat Murray IBVM is the Executive Secretary for the International Union of Superiors General (UISG).

Doctor of Ministry graduate Sister Pat Murray, IBVM, exemplifies the quality of leadership needed in the global church today. She worked for many years in Education and peace building in Ireland. Later she was the founding executive director of Solidarity with South Sudan, fostering the collaboration of more than a hundred religious orders working to rebuild the educational, medical, agricultural and pastoral infrastructure of the newly independent South Sudan.

She participated in the first Discerning Leadership Course of 2019 in Rome.

Br. Emili Turú Rofes FMS is the Secretary of the Union of Superior Generals (USG), based in Rome. For 16 years (2001-2017) has been in the General Government of his Institute, the Marist Brothers: 8 as member of the General Council and 8 as Superior General.

Current Director of Faith and Praxis for Global Leadership. He participated in the first International Leadership Programme organized by Faith and Praxis together with The Grubb Institute and The Craighead Institute. He participated also in other formations organized by The Grubb Institute (London). Certified by the Instituto de Comunicación (Barcelona) to use “Sikkhona” for the development of groups.

Fr. John Dardis SJ, is the General Counsellor for Discernment and Apostolic Planning of the Society of Jesus.

He has a Master in Television, Radio and Film from the Syracuse University, New York, and a STL in Moral Theology from the University of Toronto.

He is an expert in discernment and leadership, and has provided hundreds of leadership workshops and retreats, as well as spiritual direction and accompaniment.

Fr. Garanzini SJ, currently serves as both secretary for the higher education of the Society of Jesus as well as chair of the board of directors for the International Association of Jesuit Universities (IAJU)

He is Doctor in psychology and religion from the University of California, Berkeley.

From 2001 until 2015, he served as the President of Loyola University Chicago. He has been researcher and/or teacher in different Universities including: San Francisco, Rockhurst, Saint Louis, Fordham, Georgetown, Gregorian and Regis University.

Garanzini is the author of several books and articles related to Education and Psychology among other fields. Dean and William R. Berkley Chair at Georgetown University’s McDonough School of Business. He also serves as professor of strategy and international business.

Almeida’s strategy research focuses on innovation, knowledge management, alliances, and informal collaborations across organizations and countries. He is interested in understanding how knowledge builds across people and organizations and how this affects performance. Robert J. Bies (Ph.D., Stanford University) is Professor of Management and Founder of the Executive Master’s in Leadership Program at the McDonough School of Business at Georgetown University. In addition, Dr. Bies is a co-author of the book, Getting Even: The Truth About Workplace Revenge—And How to Stop It. Professor Bies’s current research focuses on leadership, the delivery of bad news, organizational justice, and revenge and forgiveness in the workplace.
× Professor Turner is an Associate Professor in the Communication, Culture, and Technology Program and holds an Affiliate Professor appointment in the McDonough School of Business.

Over the past twenty years at Georgetown, her research has explored the use of communication technologies by individuals and organizations. She is currently developing a theory of social presence that considers the interruptive nature of smartphone use.

In addition to his roles as professor of management and area coordinator, Brooks Holtom serves as Georgetown McDonough’s senior associate dean for strategy, finance, and organization.

A former CPA, Holtom works with faculty and staff to align the school’s organizational structure and strategy with its financial goals and operations to enable smart and sustainable growth. Professor Brooks Holtom’s research focuses on how organizations acquire, develop, and retain human and social capital

Professor at ESADE since 1987. Has worked for Intermon Oxfam and ESADE in several positions. Currently Professor of Information Systems and Project Management.

He currently is the coordinator of UNIJES (Network of Jesuit universities in Spain) and ESADE professor in the Department of General Management and Strategy. He was ESADE’s Director from 2000 until 2010. Previously worked in management positions at the Interamerican Development Bank and Generalitat de Catalunya. He is/has been member of various governing bodies: Gas Natural Fenosa (Spain), SFL (France), and InnoEnergy (Netherlands); and in several Jesuit universities in Spain as Deusto, IQS and Loyola Andalucía.
×

Josep M. Lozano is a professor in the Department of Social Sciences at Esade and a senior researcher in Corporate Social Responsibility (CSR) at the Institute for Social Innovation at the same school. His areas of research are CSR, leadership and values; and human quality, spirituality and management. He has accompanied several companies and organizations in development processes related to his research area. Sira Abenoza is professor of ESADE. Doctor in Philosophy (UB) with a thesis on the importance of Socratic dialogue as a way of promoting responsible management and leadership. Master in Citizenship and Human Rights.

CSR and Sustainability consultant and author. Creator of projects to promote social entrepreneurship with a shared value approach in Central America.

Researching on topics such as the impact of improving the capacity of dialogue in companies; responsible leadership and others.

Xavier is an Associate Professor in the Strategy and General Management department and the current director of the Observatory of Spanish Multinational Companies (OEME). He served as dean of ESADE Business School (2000-2008) and as deputy director general of ESADE (2008-2011). Fr. Paco Pepe SJ is responsible for the Identity and Mission of the Society of Jesus in the Province of Spain and is also the dean of the Faculty of Theology at Deusto (Bilbao, Spain).

He studied Philosophy at the University of Comillas (Madrid, Spain), and Dogmatic Theology at Sankt Georgen (Frankfurt, Germany). Later he was a professor of Dogmatic Theology in Granada.
Since 2004 he has been Provincial of the Betica Province of the Society of Jesus, and from 2010 to 2017 of the Province of Spain, during the process of unification of the 6 Spanish Provinces.