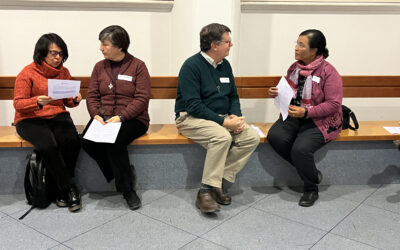 Just a few weeks ago, the Discerning Leadership Team and Faculty wrapped up their residential formation programs for another year. This year, an italian-speaking cohort joined the English and Spanish groups bringing our alumni to just about 200. As a way to end the... 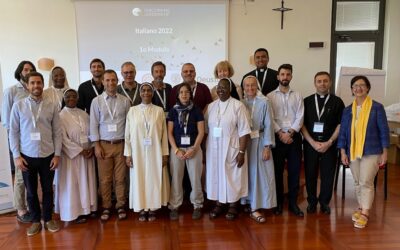 In addition to the formation courses in English and Spanish that has held for 3rd year, the Discerning Leadership Program has offered, for the first year, the formation in Italian in order to better respond to Vatican Officials and other Church Managers in Rome. Also,... 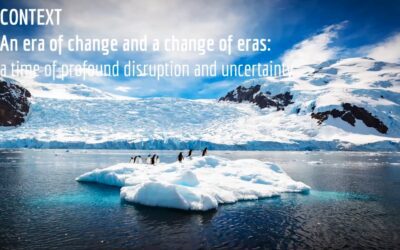 One of the most painful and challenging issues we face within our societies and the Church is the degree to which we have become fragmented and polarized in our perspectives and separated in our relationships. How do we as discerning leaders understand the dynamics... 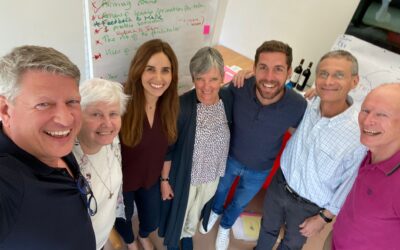 Last week, the Discerning Leadership Core Team and three other members of its Board and faculty (Sr. Pat Murray ibvm, Fr. John Dardis SJ, and Fr. Mark Ravizza SJ), had the opportunity of being trained in a methodology called "Action Learning" by one of their founders,... 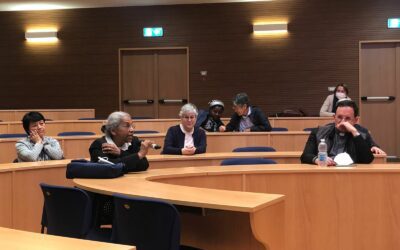 The Discerning Leadership (DL) Program hosted on Friday May 6th the first in-person gathering for its Alumni. This get-together was held at the Jesuit General Curia in Rome and was attended by 15 church leaders from religious congregations and Vatican dicasteries.... 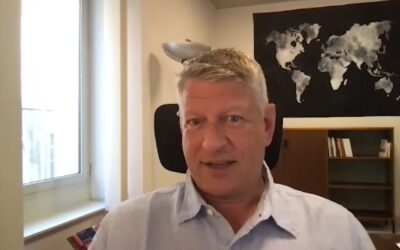 The Jesuit Schools Network invited Fr. David McCallum, S.J., the Executive Director of the Discerning Leadership Program, to a virtual conversation about synodal leadership and Pope Francis's vision for a synodal church. https://www.youtube.com/watch?v=el5m6lWTdjQ 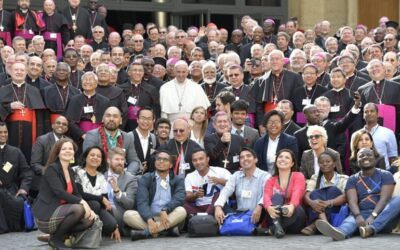 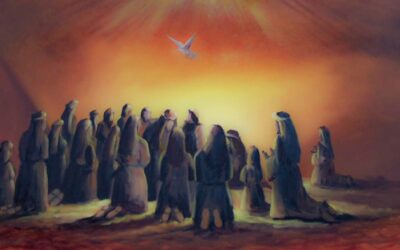 Advancing the Reception of the Council – Rafael Luciani and Serena Noceti

Rafael Luciani and Serena Noceti wrote a relevant article on the topic of Synodality in the Catholic Church from the II Vatican Council until today. The article starts with a framing of the concept of Synodality, and how it is a "Constitutive Dimension" of the Church.... 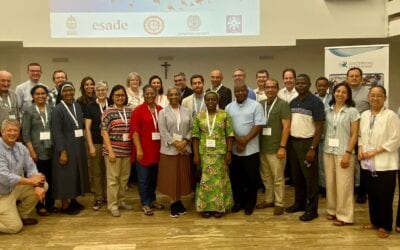 Last week we had the 1st module with our English cohort of the Discerning Leadership 2021 Program and we couldn't be happier with the result. It was from Monday 28th until Thursday 1st at the at the Pontifical Gregorian University, and there were 26 participants (14... 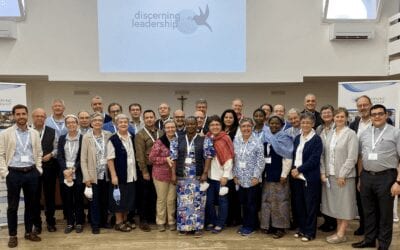 We are very happy to welcome a new cohort of the Discerning Leadership Program (Programa de Liderazgo Discerniente in Spanish) during this first module in Spanish (8th - 11th) at the Pontifical Gregorian University. There is a very rich group of 27 participants (13...

Subscribe to our newsletter... and receive new posts directly to your mailbox!

Weekly inspirations, amazing tips for being a modern Christian leader, videos, podcasts, as well as courses' announcements, news, and other useful stuff!