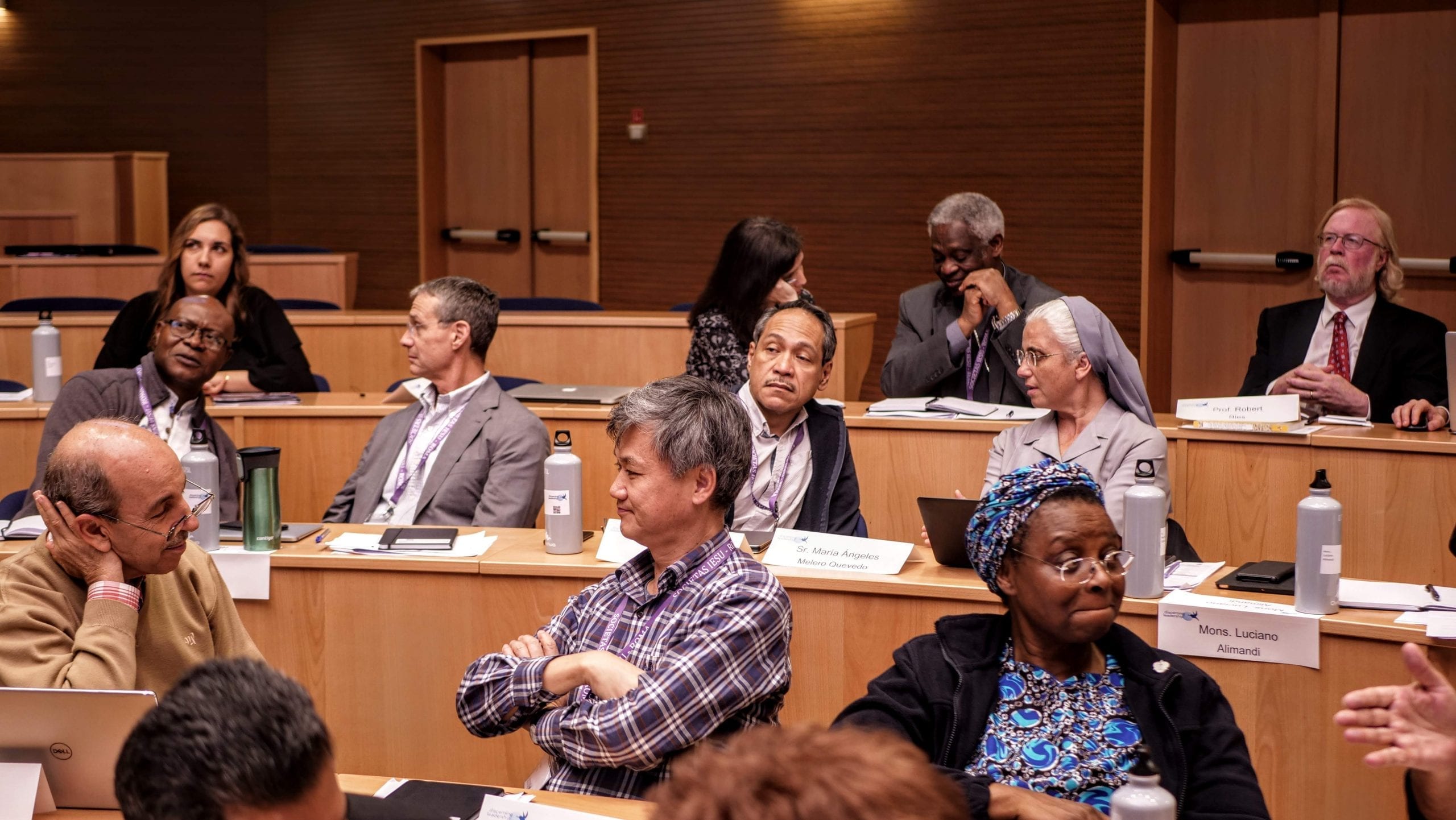 “Top MBA schools collaborate with the Church leaders towards synodality”

A course combining the best practices of contemporary leadership and management with the rich resources of Catholic spirituality takes place the week of 22nd – 25th September at the Jesuit General Curia in Rome. Taking part will be a select group of key Vatican officials, major superiors of women’s and men’s religious orders and lay Catholic leaders. The week’s course is part of a two-module series delivered in Spanish with the second module to be held in December. Two modules will also take place in English this year.

“The Church is in the middle of a seismic change as it moves to a more synodal and discerning approach under the leadership of Pope Francis” says Fr. David McCallum, Program Director. “Under the intense pressures that come with leading complex Church organizations, we’ve often defaulted to corporate approaches to decision making. Discernment was something you did on retreat, or when you hit a crisis and there was no other option. In reality, these approaches don’t have to be mutually exclusive. In this programme we help seasoned leaders discover how they can integrate this deep tradition of discernment with some of the most effective contemporary practices of good management. Vatican II talks of “the Church in the modern world”; we believe that the times we’re living in require more integration of an authentic, mission driven spirituality in the way we live and lead. That mission is ultimately to contribute to the social reconciliation and progress of peoples, especially the marginalized, and to the healing of the earth. These are the missionary priorities of the Church. Pope Francis has set forth an example in his own leadership”

Business schools taking part include the ESADE Business School from Barcelona; the McDonough Business School in Georgetown University from Washington; the Social Sciences Department of the Gregorian University in Rome; and Le Moyne College in Syracuse New York where Father McCallum is Vice-President for Mission Integration.

Tuesday’s session opens with a welcome from Jesuit Superior General, Arturo Sosa. That will be followed by an input from Cardinal Ravasi of the Pontifical Council for Culture on “Promoting a culture of synodality in the Church”.

The course is organised jointly by