In a nutshell, this is the message that the Society of Jesus wants to convey. This was the heart of Father Arturo Sosa’s speech to a group of journalists during an informal meeting held on 3 December.

In the media around the world, there is little mention of Jesuits. Sometimes references are made to certain major educational institutions; it is mentioned that the Pope is a Jesuit; at best the Society’s involvement with refugees through JRS is highlighted. And then, as is the case for other religious congregations or for some dioceses, the scandals are pointed out.

Father General, with the support of the Communications Office of the Curia, wanted to present a realistic and up-to-date portrait of the Society of Jesus to journalists who, in Rome, represent media, mostly “secular,” who are interested in religious issues. To those who came to meet him, he shared his thoughts on the world today. He spoke of the frustration of so many people in the face of inequality and poverty, the plight of refugees and the forgotten victims of human trafficking, the difficulty for many to live in a context of freedom and democracy.

He looked at the year that is ending, highlighting the importance of the discernment process that led to the choice of the four Universal Apostolic Preferences. He insisted that discernment, for us Jesuits, is not only “a buzzword,” something we promote because Pope Francis has made it one of his recurring themes. It is a way of looking at reality, of making decisions in the light of faith, leaving room for the Spirit of God present at the heart of the world. He mentioned that the Society has begun and wants to keep sharing its experience of discernment with ecclesial authorities and other actors in the religious world through leadership training sessions.

With regard to the Preferences, Father Sosa has defined them as four dimensions that must mark each of our commitments, each of our works. These are orientations that inspire our way of life and, in this sense, they must be understood as “a whole” and not as four options from which Jesuits or Jesuit works can choose one or the other. “We are not starting from scratch,” he said. These orientations are already present in our lives and commitments because they are in line with the implementation of the fruits of the Second Vatican Council, in connection with Pope Francis’ “programme.”

Finally, the General clarified for journalists that everything the Society is doing is our response to the cry of the poor and the cry of the earth, which we have heard loud and clear. He told them: “You, as communication professionals, listen to the cry of today’s world and seek to make it heard by all. In this way, both you and we can contribute to building a future full of hope.” 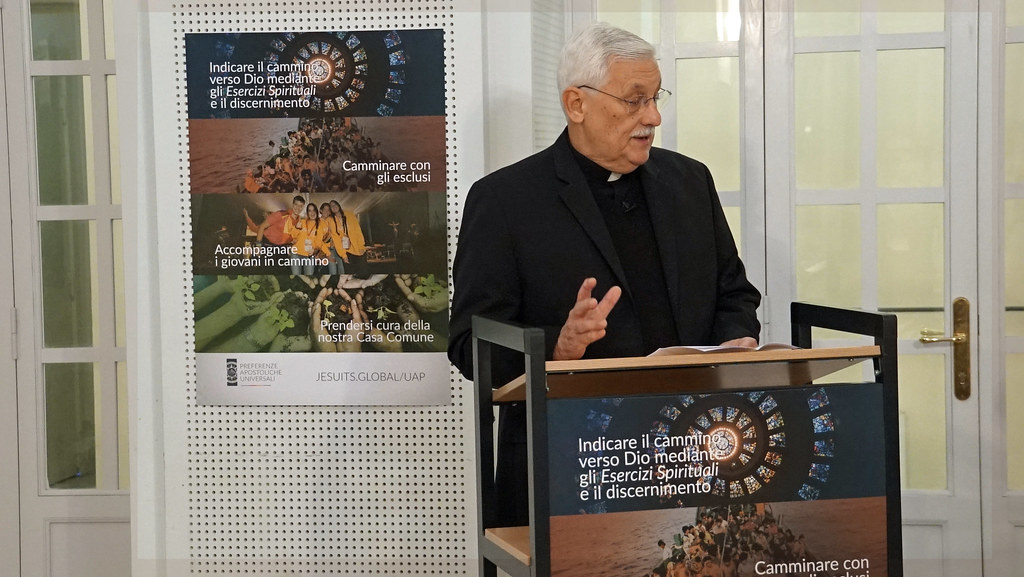 Resilience, the ability to bounce back from adversity, is a very important quality to lead and thrive in our organizations, in particular in these VUCA (Volatile, Uncertain, Complex, Ambiguous) times that we are living, that have been magnified by the COVID pandemic....

The Jesuit Schools Network invited Fr. David McCallum, S.J., the Executive Director of the Discerning Leadership Program, to a virtual conversation about synodal leadership and Pope Francis's vision for a synodal church. https://www.youtube.com/watch?v=el5m6lWTdjQ

Advancing the Reception of the Council – Rafael Luciani and Serena Noceti

Rafael Luciani and Serena Noceti wrote a relevant article on the topic of Synodality in the Catholic Church from the II Vatican Council until today. The article starts with a framing of the concept of Synodality, and how it is a "Constitutive Dimension" of the Church....

Last week we had the 1st module with our English cohort of the Discerning Leadership 2021 Program and we couldn't be happier with the result. It was from Monday 28th until Thursday 1st at the at the Pontifical Gregorian University, and there were 26 participants (14...